Svenja Schulze, German Federal Minister for the Environment, Nature Conservation and Nuclear Safety, on the significance of the "European Green Deal".

The 20s are a crucial juncture for global climate protection. In this decade, we must set the course for climate neutrality. Germany and the European Union have decided to become climate neutral by the year 2050. The German government has taken important steps in this direction with its Climate Protection Programme 2030 and its plan to phase out coal. The international community will make a pledge at the next UN Climate Change Conference in Glasgow in November: in compliance with the Paris Agreement, all states must by then present improved national climate protection targets. More than 100 states have already announced concrete plans to do so.

The EU, too, will play its part. With the “European Green Deal”, the new Commission President Ursula von der Leyen has presented a proposal to once again make Europe a role model for global climate protection.

The European Green Deal is a smart, resolute, comprehensive concept. The Commission has outlined a roadmap to guide all areas socially and ecologically: from industry and transport to agriculture and forests. Climate and environmental protection will thus take their proper place: at the heart of European policy.

This comprehensive concept points in a clear direction: climate neutrality by 2050. It offers planning security for both economy and society and opens up new opportunities for industries of the future. It is important to me that this ecological growth program is also socially just. I will work to achieve this.

The Commission also proposes raising the European climate target for 2030 to 50-55 percent. We should make the most of this opportunity. Such a step would not only accelerate the process of modernizing European industry, it would also encourage other major economies to do more to protect the climate. The message is clear: Europe takes climate protection very seriously. We are prepared to take a leading role in this area.

The European Commission proposals must now be translated into concrete laws, directives and regulations. Much of what the Commission has announced in its Green Deal will be negotiated during Germany’s EU Council Presidency in the second half of 2020. I see an opportunity to make climate and environmental protection a future-oriented project that will unite Europe and offer a new sense of purpose.

It is inherently clear in climate protection that national answers do not suffice for global issues. That also applies to another global megatrend – digitalization. Digitalization offers enormous opportunities for climate and environmental protection – but it also harbors risks. For this reason, the Federal Environment Ministry will make digitalization and sustainability focal points of the German EU Council Presidency.

“It is clear in climate protection that national answers do not suffice for global issues.”

Europe must define what sustainability means in the digital world. We urgently need a European approach that offers an alternative to unregulated monopolies, as in the US, and to total state control of data, as in China. Just as with climate protection, the standards set by the EU, the largest economic area on earth, can become a model for the rest of the world. One example of this is the Ecodesign Directive, which has advanced environmental protection worldwide. However, this directive – to somewhat overstate the point – is still preoccupied with refrigerators and is not yet fit for the digital age. What was once the television set is now the smartphone. That is why I will be working to develop new standards for durable, reparable and updatable digital devices – so national solutions become global solutions.

The European Green Deal offers the opportunity for a social and ecological, economically powerful and democratic Europe that promotes digital innovation and protects its citizens – and thus sets global standards. We must seize this opportunity now. 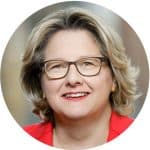 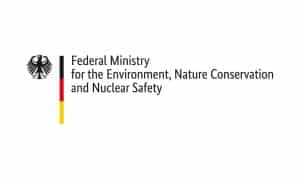 The Federal Ministry for the Environment, Nature Conservation and Nuclear Safety (BMU) is responsible for a range of government policies that are reflected in the name of the ministry itself. The ministry has been working over 30 years now to protect the public from environmental toxins and radiation and to establish an intelligent and efficient use of raw materials, to advance climate action and to promote a use of natural resources that conserves biodiversity and secures habitats.