Skip to content
Nicolas J.A. Buchoud, Global Solutions Fellow and President of the Grand Paris Alliance, makes the case for why cities and urbanization deserve more attention from the Group of Twenty (G20).

Why cities matter for the G20

The G20 was shaped out of the 2008 global financial crisis, which took place only a couple of years after the world officially turned more “urban” than “rural”. The latest compliance of the G20 Working Group shows that while there is no designated G20 urban priority yet, the topic arises from all major commitments of G20 member countries, calling for a G20 focus on the issue.

Urbanization, together with digitalization, are underlying transformative forces of the global economy, trade and commerce, lifestyles and consumption, and the environment. While cities have been acknowledged as drivers of growth and innovation since the turn of the millennium, they face and echo rising concerns such as natural resource limitations, inequalities and vulnerabilities, a new localism opposing globalization, citizens’ anxiety witnessing global warming. Meanwhile, as cities have been calling for more institutional recognition on the global stage for years, they still play a secondary role in shaping geopolitics.

The G20 represents 90% of the world economy, which is questioned by rising tariffs and uncertainties. As cities account for more than 80% of the world GDP, the role of interconnected and interdependent cities and urban regions across the world is central, especially for infrastructure investments.

Reflecting on long-term values associated with cities as places for exchanges, the role of cities and metros in meeting climate targets, directing fiscal investments, generating jobs and maximizing infrastructure investments, spillover effects, mitigating social imbalances and managing migration will continue to gain importance by 2030 and beyond.

“Urbanization, together with digitalization, are underlying
transformative forces.”

The governance choices made in the coming months and years will have a direct impact on long-term global growth and sustainability. Urbanization can become a driving force for a sustainable future and the achievement of the SDGs, for stability and peace. We argue here that sustainable (and smart) urbanization should be on the list of G20 cross-cutting priorities to ensure that urbanization is not decoupled from global and local poverty alleviation and eco-systemic preservation.

Urbanization will be a critical factor in the growth story of the coming decades and there is momentum for the G20 Saudi Arabia to build on the immediate outcomes of the G20 troika of Germany, Argentina and Japan and help lay the ground for another three-year cycle. With urbanization added to an accelerating G20 agenda on infrastructure, climate, and development, the legacy of the Saudi Presidency ahead of the G20 in Italy in 2021 and India in 2022 should build on two pillars:

Since the first meeting of the G20 heads of governments in 2008, the Group of 20 has expanded its reach beyond debt and financial and fiscal stability to “establish economic fundamentals for realizing sustainable and inclusive growth of the global economy.”

In the short and long term, sustainable and smart urbanization will be key to supporting the global economy, remembering that the 2008 subprime crisis did not only originate in the United States (US), but in US cities. It was an issue of bad loans, but also a problem of oversupply of housing disconnected from job markets and any urban logic, embedded in an ailing global banking system. In other words, a problem of urbanization going the wrong way was one factor behind a global financial crisis.

As the world counts more than 30 megacities and more than 4,000 cities of 100,000 inhabitants or more, systemic risks are greater than ever before. There is plenty of capital available on global financial markets at low interest rates, as a direct consequence of governments’ response to the 2008 financial crisis. However, investment gaps are widening in the absence of global norms, standards and global governance addressing urban issues.

The urban population will continue to grow by 2050 and even beyond by 2100, especially in developing countries in Asia and Africa, while urban areas already account for two-thirds of the world’s energy consumption. Local issues have become global issues. Investments in and with cities are a critical factor to meet global investments needs and to reach effectively the targets of the 2030 Agenda:

Solutions will come from both the Global South and emerging countries, not just from the developed countries. The United Nations has redoubled its response to urbanization, through the “New Urban Agenda” launched during the Habitat III 2016 summit and by engaging in a system-wide approach across UN bodies and agencies in 2019. Yet, as the United Nations faces chronic funding gap issues, its action must be supplemented at the level of the G20. The G20 is the largest plurilateral global policy-making initiative and it has the leverage to foster effective triangular cooperation by connecting ministerial and government working groups such as the G20 Development Working Group, and engagement groups such as the think tanks (T20) and the emerging group related to urbanization (U20).

Managing the cumulative impacts of infrastructure and urbanization

At the G20 Hangzhou Summit in 2016, the leaders expressed their determination to foster an “innovative, invigorated, interconnected and inclusive world economy” and the Chinese Presidency placed the 2030 Agenda high on the G20 agenda in order to realize “strong, sustainable, balanced and inclusive growth”.

In 2017, the G20 German Presidency elaborated on “Shaping an interconnected world” and it endorsed the creation of the Global Solutions Initiative as a cross-sectoral, global, problem- solving platform. In 2018, the G20 Argentina placed sustainable development at the forefront of the G20, and it endorsed the High Level Principles on Sustainable Habitat through Regional Planning. The T20 Argentina also made the case for combining climate action with infrastructure for development.

As an outcome of the G20 Japan, the Osaka Update on the 2030 Agenda for Sustainable Development, and especially the table of Collective and Concrete Actions Contributing to the Implementation of the 2030 Agenda, highlight concrete ways to move towards more effective solutions globally and locally.

In the future, the creation of a G20 commission for regional and local level authorities should be explored, as a means to reinforce triangular cooperation for achieving the 2030 Agenda as defined by the G20 Development Working Group (WG) and as a mechanism to support the outreach of the G20 Action Plan on the 2030 Agenda for Sustainable Development. A joint G20 agenda connecting urbanization with infrastructure issues could be the first step.

“Sustainable and smart urbanization will be key to supporting the global economy.”

G20 leaders began to emphasize infrastructure as a key pillar of economic growth about a decade ago. The G20 Finance Ministers acknowledged at their June 2019 meeting the impacts of the aging of the world population on public finance, as over 2 billion people will be over 60 by 2050.

The rise of public expenditures for pensions, health and social care systems will constrain spending on infrastructure development and management by 2030 and beyond, as the OECD already pointed out over a decade ago. And yet, we are at the dawn of a global infrastructure tsunami, which needs to be financed.

With a total return on investments from infrastructure and other built assets of more than USD 30 trillion annually for G20 countries, infrastructure is key to financing and supporting long- term development. Our future depends on how infrastructure, coupled with urbanization (and not infrastructure alone), will be managed. This includes

It is time for change.

We propose to connect the dots through a four-fold action plan making the case for smart and sustainable urbanization as a matter of interest for the G20:

Making the case for G20 action on urbanization is designed to enrich the cities focus of the upcoming 15th meeting of the Conference of the Parties to the Convention on Biological Diversity (COP15) in the fall of 2020, the United Nations International Year of Creative Economy for Sustainable Development in 2021, and the preparation of the 30th anniversary of the 1992 Rio Earth Summit. Three decades after the collapse of the Berlin Wall, it might be the right time to review the global environmental governance of an urbanized planet. 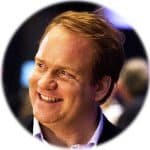 The Grand Paris Alliance for Metropolitan Development (Cercle Grand Paris de l’Investissement Durable) is an awarded and independent think tank established in 2011. It focuses on infrastructure finance, innovation and inclusion, and the territorialization of the SDGs through cooperation with public and private, scientific, civic and multilateral organizations across the globe. contact@cerclegrandparis.org