In the course of the T20 Summit Season 2020, a webinar was held on Thursday, October 1st, where members of Task Force 4: Social Cohesion and the State discussed innovative policies to improve social cohesion and trigger responsibility in business and politics, including the Recoupling Dashboard, which provides an empirical basis for mobilizing action in government, business and civil society to promote a recoupling of economic and social prosperity.

Initiated in 2012, the Think20 (T20) engagement group is the international think tank network of the G20, independent from national governments and comprised of prestigious think tanks and academia from the international community. The main tasks of the T20 are to provide research-based policy recommendations to the G20, to facilitate interaction between the G20 and the research community, and to communicate with the general public on issues of global importance. Each year, under a new G20 Presidency, the T20 creates task forces to structure their proposals around the most critical issues, driving policy innovation. These proposals formulated in policy briefs and communicated to the G20 provide an analytical depth to G20 discussions that assists G20 leaders in developing concrete and sustainable policy measures centered around G20 priorities.

In 2020, the T20 meets in Saudi Arabia under its G20 presidency and is organized into 11 task forces, each of which discusses innovative policies referring to one specific topic area. These areas include for example „Trade, Investment, and Growth“,  „Economy, Employment, and Education in the Digital Age“ as well as  „Climate Change and Environment“. In addition, an overarching task force providing courses of action to reduce suffering and expediting a transition to reconstruction following the COVID-19 crisis was installed.

Task force 4 was entrusted with tackling issues on „Social Cohesion and the State“. In the course of its work, the task force investigated ways to improve the governance, legitimacy and accountability of and trust in state institutions. The range of topics spanned developing decentralized forms of democratic inclusion, evaluating the distributive impact of taxation, and fostering the social inclusion of migrants, with the goal of creating prosperous and inclusive societies. The challenges here include multiple forms of inequality, including income, gender and generational differences.

The webinar was co-hosted by the Saudi T20 Secretariat and the Argentinean Institute of Foreign Affairs (CARI). The session was opened by Task force 4 Lead Co-Chair Suzan Alqurashi giving an overview of the themes and priorities. Second, Pablo Ava of CARI, which collaborated with CIPPEC to host T20 Argentina in 2018, delivered a keynote address on the foundations of social cohesion. The webinar featured four panel discussions where task force members discussed about the systematic share of authority and accountability in governance, the mitigation of economic inequalities through taxation reform, the recoupling of economic and social prosperity, social mobility as well as global preparedness on tackling future pandemics.

Among others, Gianluca Grimalda (IfW) presented the idea of building global citizenship through global basic income and progressive global taxation and Marc Fleurbaey (Princeton) introduced his work on assessing the wellbeing impacts of COVID-19 and three policy types: suppression, control and uncontrolled spread. The importance of recoupling economic and social prosperity was emphasized by Katharina Lima de Miranda (IfW). She presented the Recoupling Dashboard, developed by Dennis Snower (GSI) and her, which introduces two new indexes of wellbeing – solidarity (S) and agency (A) – to be considered alongside the standard indexes of material gain (G) and environmental sustainability (E). These four indexes – SAGE – form a balanced dashboard for evaluating wellbeing, which is meant to provide an empirical basis for mobilizing action in government, business and civil society to promote a recoupling of economic and social prosperity.

Towards the end, Carlo Secchi from the Institute for International Political Studies (ISPI) gave an Italian perspective on the issues, since the Think20 will be under Italy’s presidency in 2021. Finally, the event was closed by T20 Chairman Fahad Alturki.

The Think Tank 20 process will culminate in the T20 Summit, which is scheduled to take place on October 31st and November 1st of 2020. The final T20 communiqué that takes up the recommendations of the T20 task forces will then be shared with the G20 leaders for their consideration during the G20 summit. This event will take place in Riyadh in ​November 2020. 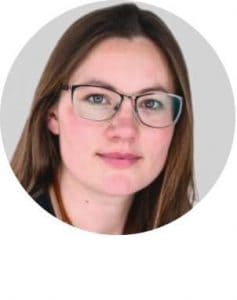