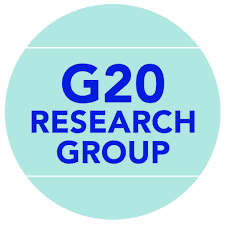 In 2021, more than a third of the Think20 engagement group’s recommendations to the G20 were taken up in the commitments made by G20 leaders in Rome.  During the Think20 process, leading think tanks and research centers worldwide collaborate on global solutions and deliver policy recommendations to the G20. The recently published “Think20 Recommendations Realized Report” by the G20 Research Group identified the impact of the Think20 under the Italian G20 presidency in 2021. The G20 Research Group is a global network of scholars who follow the work of the G20 and the G20 institutions, based at the University of Toronto.

Recommendations on agriculture had the highest impact (60%) on the G20 communiqué – published after the G20 Rome summit in late 2021 – followed by digital economy (48%), employment and social cohesion (44%), anti-corruption and health (42%), and the energy transition and climate sustainability (40%). Recommendations on multilateralism and civil engagement (25%), the global economy and international finance (25%), sustainable finance (18%), and education (15%) had the fewest matches with the G20 commitments.

The G20 Research Group states that Think20 recommendations included in the communique are valuable only if G20 leaders implement them after the G20 Summits. To predict the impact of the realized commitments on compliance, this analysis compared the T20 Italy recommendations with the historical level of G20 compliance for each matched subject in 2021. The G20’s strongest compliance since 2008 was in the areas of infrastructure, global economy, and international finance.

The analysis by the G20 Research Group seeks to