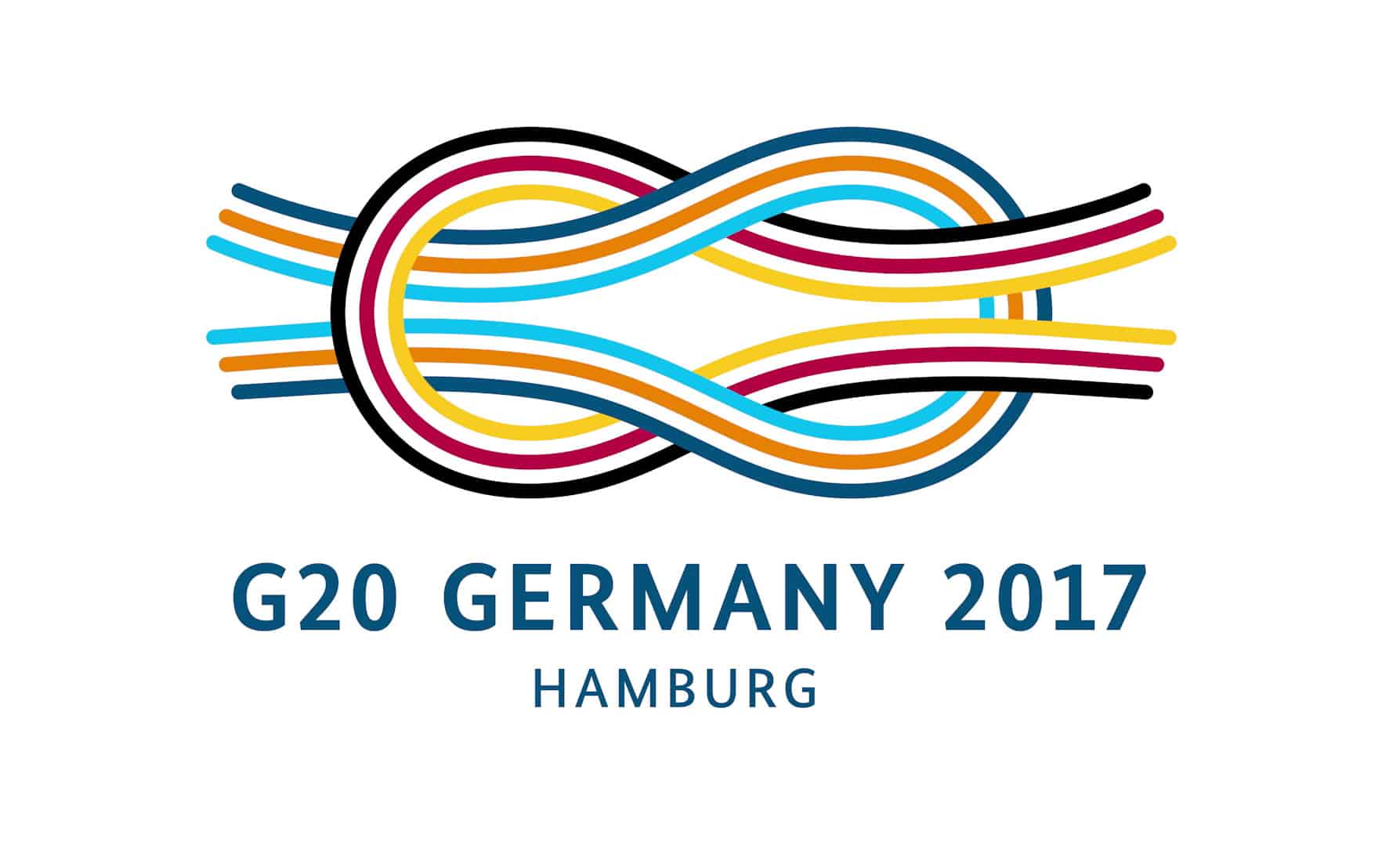 The G20 summit was more successful than you think

The G20 Summit 2017 has set the stage for important multilateral achievements in the future, thanks to Chancellor Merkel’s strength of purpose and the wide-ranging efforts of her G20 team.
Specifically, there have been three major achievements that deserve further attention by researchers and policymakers.

The first concerns the purpose of the G20. The traditional focus of the G20 was on economic growth and financial stability. This focus led to major G20 initiatives to overcome the financial and economic crisis of 2008-09. Since then, economic growth has remained low, while steady progress has been made towards achieving greater of global financial stability. However, a variety of environmental and social problems have become increasingly important since then. In particular, there is a widespread recognition that the nations of the world as a whole must make progress in stopping climate change and in overcoming inequalities and pockets of poverty, and in addressing the problems of weakened social communities in the face of globalization and technological change, as well as a sense of disempowerment in the presence of automation and digitalization.

On this account, it is important to recognize that the underlying purpose of the G20 is to satisfy human needs worldwide, starting with the needs of the neediest people. Promoting economic growth and financial stability are simply means towards an end.

Human needs cannot be addressed exclusively through the promotion of material prosperity. Attention must also be given to social and environmental problems.

It is on this account that the motto of the T20 Summit was “re-coupling the world,” emphasizing the importance of re-coupling social progress with economic progress in the context of G20 negotiations.

This wider underlying purpose of the G20 is recognized in the Preamble of the G20 Leaders Declaration: “We, the Leaders of the G20, met in Hamburg … to address major global economic challenges and to contribute to prosperity and well-being… Progressing our joint objective in the G20 – strong, sustainable, balanced and inclusive growth – remains our highest priority… the G20 is determined to shape globalization to benefit all people.”

This framing is been supported by the following T20 Policy Briefs:

It is hard to overestimate the importance of this shift in the ultimate purpose of the G20, since it provides a frame of reference for many of the most important G20 initiatives. For example, the promotion of global supply chains alongside the promotion of international trade used to be seen as an end in itself for the G20. In the current G20 Leaders’ Declaration, by contrast, they are seen as a means for satisfying human needs and promoting environmental sustainability: “In order to achieve sustainable and inclusive supply chains, we commit to fostering the implementation of labor, social and environmental standards and human rights in line with internationally recognized frameworks, such as the UN Guiding Principles on Business and Human Rights and the ILO Tripartite Declaration of Principles concerning Multinational Enterprises and Social Policy.”

Evaluating international trade and global supply chains with reference to labor, social and environmental standards and human rights was considered taboo several years ago, due to the dangers of stagnant growth and protectionism. Now, these dangers are acknowledged but do not stand in the way of a human wellbeing-based approach to trade negotiations.

The second major achievement of the G20 Summit 2017 is implicit in its treatment of climate action. In the past, the G20 was committed to declarations produced through consensus. This meant that each G20 member had, in effect, veto power over the G20 recommendations. By implication, the decision of the US government to withdraw from the Paris Agreement would have meant that climate action could not be given serious attention in the Leaders’ Declaration. The G20 Summit 2017 departed from this convention through the following statement: “The Leaders of the other G20 member states that the Paris Agreement is irreversible. We reiterate the importance of fulfilling the UNFCCC commitments by developed countries in providing means of implementation including financial resources to assist developing countries with respect to both mitigation and adaptation actions in line with Paris outcomes…” This means that the agreement by 19 of the G20 members is highlighted and given policy importance in the G20 context. In particular, the 19 members that have agreed to climate action can expect to remain accountable in this regard.

Freeing the G20 from exclusive reliance on consensual agreements is important implications for many other areas of G20 policy in the future, including for example digital security and the circular economy.

In the short run, this could have important implications for the G20 trade agenda. In the words of the declaration, “We will keep markets open noting the importance of reciprocal and mutually advantageous trade and investment frameworks and the principle of nondiscrimination, and continue to fight protectionism including all unfair trade practices recognize the role of legitimate trade defense instruments in this regard.”

Though individual countries may engage in protectionist actions, the other G20 will continue to be committed to free trade and thereby the danger of trade wars is significantly reduced.

Finally, the third major achievement of this G20 Summit is to be found in a large number of detailed agreements that have received relatively little mention in the discussions among G20 leaders. These include the following examples:

“We will strive to ensure that all our citizens are digitally connected by 2025 and especially welcome infrastructure development in low-income countries in that regard. We will promote digital literacy and digital skills in all forms of education and life-long learning.”

This is an important basis on which much future policymaking in the G20 countries can be built.

This proposal is supported by the following T20 Policy Briefs:

“We are committed to help ensure a secure ICT environment in which all sectors are able to enjoy its benefits and reaffirm the importance of collectively addressing issues of security and the use of ICTs.”

This proposal is supported by the following T20 policy briefs:

This proposal builds on the following T20 Policy Brief:

“We remain collectively committed to mitigate greenhouse gas emissions through, among others, increased innovation on sustainable and clean energies and energy efficiency, and work towards low greenhouse-gas emission energy systems.”

This proposal is supported by the following T20 Policy Brief:

“In order to achieve food security, we are committed to increase agricultural productivity and resilience in a sustainable manner, while aiming to protect, manage and use efficiently water and water-related ecosystems.”

“We support those countries that choose to develop pathways for migration, underline the importance of nationally determined integration and endorse the G20 Policy Practices for the Fair and Effective Labor Market Integration of Regular Migrants and Recognized Refugees.”

This effort is supported by the following T20 Policy Brief:

“We launch the G20 Africa Partnership in recognition of the opportunities and challenges in African countries as well as the goals of the 2030 Agenda.”

“We support the WHO’s central coordinating role, especially for capacity building and response to health emergencies, and we encourage full implementation of its emergency reform. We advocate for sufficient and sustainable funding to sustain global health capacities, including for rapid financing mechanisms and the WHO’s Health Emergencies Program.” This could have important implications for the future fight against pandemics, for example.

“To tackle the spread of AMR [Antimicrobial Resistance] in humans, animals and the environment, we aim to have implementation of our National Action Plans, based on a One-Health approach, well underway by the end of 2018. We will promote the prudent use of antibiotics in all sectors and strive to restrict the use in veterinary medicine to therapeutic uses alone.” This statement could have huge implications for the future of public health.

These initiatives, as well as others mentioned in the G20 Leaders’ Declaration, show what can be achieved under an insightful, competent, and globally-minded G20 Presidency, combined with a disciplined advisory process, drawing on the expertise of leading G20 think tanks and other research organizations. In the presence of a highly contested policy environment, however, the ultimate importance of these initiatives depends crucially on their implementation in subsequent years.

On this account, advocacy, monitoring and evaluation of the implementation process associated with the G20 commitments becomes essential in preserving the effectiveness of this forum for global governance.