The workshop series on Economic Paradigm Change is co-organized by the Global Solutions Initiative, THE NEW INSTITUTE, Prosocial World and INET Oxford.

The workshop series invites major contributors in the development of new paradigms for economics to present and discuss their proposals. These deliberations place special emphasis on the mobilization of resources in the pursuit of wellbeing in thriving societies, now and in the future.

Contributions to the workshop series will be based on an underlying critique of orthodox economics, in terms of its central characteristics: individualism, socially disengaged behavior, ignorance as risk, utility-based wellbeing, and progress as economic growth. The new paradigms call each of these characteristics into question and propose new approaches to economic policies and business practices.

Participants also deliberate on new approaches to the collection of economic data, new methods of analysis, new questions concerning the nature of economic activity, and a new assessment of economic success. 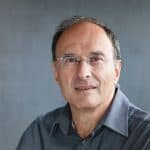 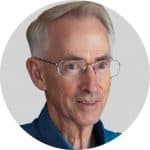 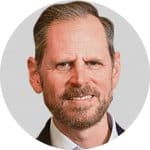 RSA REPLAY: A new economic paradigm for people and planet

Hoff Karla, Demeritt Allison, Stiglitz Joseph E, The Long Shadow of History, Excerpted from The Other Invisible Hand: The Power of Culture to Promote or Stymie Progress, DRAFT

“The Long Shadow of History” by Karla Hoff, Allison Demeritt, and Joseph. E. Stiglitz. A presentation for the third workshop of the “Economic Paradigm Change” workshop series, October 11, 2022.

“A New Science for Global Governance” by Arun Maira. A presentation for the second workshop of the “Economic Paradigm Change” workshop series, September 13, 2022.

Workshop Series Economic Paradigm Change – Session 5
Digital
The Global Solutions Initiative, THE NEW INSTITUTE, Prosocial World and INET Oxford are collaboratively hosting a workshop series on “Economic Paradigm Change”. The workshop series will attract major contributors to the development of new paradigms for economics. The new paradigms contain a new understanding of the purpose of economics, focused on the mobilization of resources ... Read more