Commentary by Dennis J. Snower. This article was first published on the Future Development blog on March 27, 2020

Governments around the world are in crisis mode, “waging war” against the coronavirus on two fronts: containing the spread of the pandemic through social distancing and mitigating the resulting economic fallout. Once the crisis is over, we will hopefully awaken into a new world, one where we can learn the far-reaching, long-term lessons. One where we can see the dangers that we should have recognized a long time ago. One where we can understand the implications of these dangers for the future of government policy.

The first lesson to be learned is that we should have seen this pandemic coming a long time ago. In 2016, the Commission on a Global Health Risk Framework for the Future published the report “The Neglected Dimension of Global Security: A Framework to Counter Infectious Disease Crises.” It states, “The potential losses in terms of human lives and livelihoods are immense. The economic costs alone can be catastrophic. By our calculation, the annualized expected loss from potential pandemics is more than $60 billion. Against this, we propose incremental spending of about $4.5 billion per year.”

Compared to the cost of the economic packages that are being rolled out and the cost of the unemployment and insolvencies that these packages will not be able to prevent, $4.5 billion would be a pittance.

In 2019, the Global Preparedness Monitoring Board published the report “A World At Risk,” claiming “there is a very real threat of a rapidly moving, highly lethal pandemic of a respiratory pathogen killing 50 to 80 million people and wiping out nearly 5 percent of the world’s economy. … The world is at risk. But, collectively, we already have the tools to save ourselves and our economies.”

In November 2019, the Center for Strategic and International Studies published the report “Ending the Cycle of Crisis and Complacency in the US Global Health Security.” It states that “As the global population presses towards 9.7 billion by 2050 and expands into wild frontiers, as agriculture becomes more intensive, as cities of great density and scale proliferate, and as the earth grows hotter, the threat of new emerging infectious diseases rises steeply. … The long-term costs of strategic protection and prevention programs are but a tiny fraction of the astronomic costs of episodic, often chaotic responses to sudden, emergent crises.”

No one can claim that we have not been warned. The worldwide failure to insure against a pandemic is the result of complacency and neglect.

Only a month later, the first cases of the coronavirus pandemic were reported in China. Since then, governments around the world have scrambled to protect their citizens—freeing up hospital capacity, manufacturing testing devices, restricting travel, securing national borders, providing economic support for those laid off, and so on. Each country for itself, amassing vast new government budget deficits to cushion their own citizens.

And that leads us to the second lesson to be learned from the pandemic. The “me-first” approach embraced not only by Donald Trump but by most other political leaders nowadays, is utterly bankrupt as a strategy for dealing with the pandemic. Why? Because COVID-19 does not respect national borders. As long as there is any exchange of people and goods across borders—something that is absolutely essential in our integrated global economy—the virus will roam the world. In practice, it is impossible to trace all infected people and moving objects—particularly in view of the long dormancy and incubation periods for this virus—and to stop them from infecting others.

The only way to defeat the virus in one country is to defeat it everywhere. The world community understood this with regard to the eradication of polio, but has forgotten it in the current pandemic. Though governments should be pooling their resources to contain the virus worldwide, nothing could be further from current political reality. Do the leaders of the advanced industrialized countries seriously believe that their citizens will be safe as long as the virus is free to overwhelm the less-developed countries? If there was ever an event that proves beyond a shadow of a doubt the importance of multilateral cooperation, this pandemic is it. Without multilateralism, people everywhere will continue to die—the old, the vulnerable, doctors, nurses, school teachers, and so on—until the virus has run its grim course, until herd immunity has been established everywhere, or until a vaccine is made available to the public everywhere.

The third lesson that is yet to be learned is that the economic fallout should not be fought with the same policies that we use to contain economic recessions, such as the last financial crisis. We are not facing the Great Depression, but rather something new. Aggregate demand is not falling everywhere. Instead, all the economic activities that involve physical interactions—for both production and consumption—are imploding, whereas the physically disjointed activities are exploding. Restaurants are shutting while Amazon delivery services are going through the roof and are still falling short of demand. I call this “the Great Economic Mismatch.”

To deal with this new economic crisis, we need to encourage people to leave the jobs that have already been destroyed and take the jobs that are being created. For this purpose, active labor market policies are called for. Instead of spending trillions on making up for wages, salaries, and self-employment incomes generated by work that no longer exists and won’t exist for a long time—since this pandemic has a long way to go before an effective vaccine reaches the public or herd immunity sets in—governments should be subsidizing the movement from the contracting sectors into the expanding sectors. Hiring and retraining subsidies, relocation benefits, and investment credits for transforming production processes from physically integrated to physically disjointed activities would be appropriate.

In the short run, the number of jobs that are disappearing in the physically integrated sectors far exceeds the number of jobs appearing in the physically disjointed sectors (compatible with social distancing). But these are early days. Once we have awoken to the new economic realities, the physically disjointed sectors—often involving digital interactions—can be expected to grow briskly. What the new economic crisis requires governments to do now is to promote the economic transformation that addresses the Great Economic Mismatch. Instead of pouring trillions into preserving jobs that have disappeared, use a fraction of these funds to promote the requisite adjustment of labor and product markets.

It would be profoundly misguided to argue that this crisis will pass soon and that such pandemics are highly unusual, so that all we need is some government support to tide us over this temporary rough patch. We don’t know how long this pandemic will last. But we do know this: The global community of nations has been tragically negligent in overlooking the clear and imminent threat of pandemics. Now that the threat has become reality, only the most irresponsible of governments would deny that their citizens should be insured against such catastrophic outcomes in the future.

Purchasing fire insurance for your house is not a waste in all the years that your house is not on fire. Rather, it is a precaution that gives you peace of mind, well worth the cost of the insurance premium. Insuring against a pandemic is no different. The only way to do this is twofold: (1) invest in adequate public health capacity and (2) invest in diversifying our global supply chains, making them less reliant on physically interactive processes. The investment required is tiny in comparison to the vast sums that governments are now spending in their misguided attempt to help their citizens preserve the status quo. 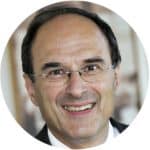 Dennis Snower is President of the Global Solutions Initiative; nonresident senior fellow at Brookings; professor at the Hertie School, Berlin; and senior research fellow at the Blavatnik School of Government, Oxford University.

The article was originally published on the Future Development blog of The Brookings Institution. Photo credit: VisualHunt