This article is a pre-publication from the next issue of the Global Solutions Journal, which will be published in January 2021 on the occasion of the beginning of the Italian G20 Presidency and the takeover of the T20 Chair by ISPI. To receive the online-edition of the next issue, register here.

“People, planet, and prosperity.” These are the three Ps, the keywords chosen by the Italian government for its Presidency of the G20 in 2021. Three Ps that, for sure, will need to be tackled together: if we do not act fast, and if we do not act now, we risk not only having fewer healthy people on an unhealthy planet, but also less prosperity (and more inequality) in the years and decades to come. 2021 may turn out to be a crucial litmus test for multilateralism, and for the G20 as its major global forum. It will not be easy to find multilateral solutions, as tensions continue to run high at the international level – all the more so as hard choices will need to be made – at the same time – for people, the planet, and prosperity. Finding the right balance between the three of them will be tricky.

In particular, when it comes to people and prosperity, we have learned the hard lesson that national lockdowns may keep the death toll low in many countries, but they also risk wrecking the economy. Indeed, the COVID-19 pandemic is hitting our societies hard, with over 1.2 million official deaths globally as of early November 2020, and a second wave of the virus spreading across Europe and the United States. Measures undertaken to contain the spread of the virus have plunged our economies into the deepest recession in over a century, with forecasts from the International Monetary Fund of a -4.4% decline in global GDP in 2020 (much steeper than the -0.1% recorded during the Great recession in 2009).

As 2020 draws to a close, countries have already injected an estimated USD 12 trillion into the global economy, but the fiscal room to continue to do so is shrinking by the day. In 2021, we will be living in a “world of debt”. A world in which many more countries are set to experience fiscal stress, with creditworthiness of heavily indebted developing and emerging economies – and beyond – likely put to the test. Unfortunately, defaults and risks of widespread financial crises may be just around the corner.

To make things worse, the pandemic-induced economic crisis is going to have highly asymmetric effects, heightening existing inequalities, both between countries and within them. Unsurprisingly, the World Bank recently estimated that extreme poverty is set to rise for the first time in three decades, adding 80 to 150 million more poor globally by the end of this year. Even in advanced countries, those who are already at a disadvantage – the less well-off, women, the young, and minorities – are going to be hit harder than the average: according to the University of Oxford, poor workers in Europe are set to lose as much as 16% of income, and within-country inequalities may rise by 12% on average.

As we reflect on the potentially huge political consequences of these trends, the digital transformation is accelerating as remote work and distance learning continues. Digitalisation allows us to reap new benefits and creates new opportunities, but it also provides new challenges in terms of jobs and education, especially for vulnerable groups. Finding solutions to a world of rising inequalities was already important before the crisis, but it is now imperative for world leaders.

When striving to find the right balance between people and prosperity, we also need to include the planet in the equation, making sure that any upcoming recovery is achieved through climate-friendly investment, with sustainability at its core. However, the pandemic seems to be adding even more strains to the efforts toward sustainability and the fight against climate change. As many countries worldwide went into national lockdowns or enforced other measures to counter the pandemic in the first half of 2020, carbon emissions declined abruptly in April 2020, by around 17%. But when the world partially recovered in early autumn, greenhouse gas emissions bounced back, almost returning to pre-pandemic levels. As a result, carbon concentration in the atmosphere might have broken another record in 2020.

To find viable solutions to all these global challenges and effectively tackle the three Ps, the obvious recipe is cooperation and negotiation among all countries, starting from big powers. In one word, multilateralism. Yet, multilateral institutions continue to be strained, and have become less and less effective over time. Indeed, some might even argue that the last real success of multilateral cooperation dates back to 2009, when G20 countries agreed to strengthen the international financial architecture and coordinated the biggest global economic stimulus to date. In 2020, instead, international cooperation turned out to be much more complicated, as the global economic stimulus seems to have been largely managed by single countries (with the partial and, to some extent, surprising exception  of the EU). And yet, the very fact that today’s economic recession has not been followed by a financial crisis might stem precisely from world leaders’ decisions in 2009.

In conclusion, the G20 next year faces many – maybe too many – urgent challenges related to the three Ps. Who is going to pay for all the debt we have been piling up this year? How to manage the socio-economic impacts of a more unequal, indebted, and fragmented world, not to mention their political implications? How to face long-term challenges, such as climate change and digital transformation, if we are stuck dealing with emergencies, and in particular the health crisis?

Once again, the only “new” answer to all these questions can only revert back to the “old” answer: multilateralism. Maybe not the same kind of multilateralism we knew in the past, where someone led and others followed. And neither the “goodwill multilateralism” that some countries pledge to protect today, while acting unilaterally whenever they can. We need a more inclusive and action-oriented multilateralism, with new and improved international institutions holding up its foundations. However, this may risk being an ‘academic’ answer, as our preferences need to come to terms with reality: the reality of a post-pandemic world filled with old challenges and new political and socio-economic uncertainties. This was the reality that the Saudi Presidency of the G20 had to face in 2020. And this is also the reality that Italy will likely face during its own Presidency, while we wait for signs of hope from a vaccine and from a revived multilateral engagement of world leaders to safeguard “people, planet, and prosperity.” 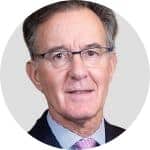 Paolo Magri is T20 Chair under the Italian Presidency 2021 and Executive Vice President at the Italian Institute for International Political Studies (ISPI).