Skip to content
The G20 Sherpa of Saudi Arabia, Fahad Almubarak, lays out the Saudi Presidency’s vision and priorities for the Group of Twenty in 2020.

The Kingdom of Saudi Arabia is assuming the Presidency of the G20 at a challenging moment for the world. We are aware of the responsibility placed on our country, and we believe we can make a positive contribution through the G20 to the common good of people and the planet.

On the economic front, global growth is projected to stabilize in 2020 and even accelerate modestly in 2021. It remains at one of its lowest levels since the global financial crisis. Trade tensions, financial vulnerabilities, market volatility, environmental and geopolitical strains cast a shadow of economic uncertainty on this modest improvement. In particular, growth remains disappointingly low in many countries, stifling the prospects of millions of people.

There has never been a period in history without strains, tensions, and conflict. However, what makes this moment more complex is the risk that, just as global challenges are becoming more pressing, requiring full trust and cooperation to address them. The willingness and ability of the international community to undertake necessary collective action requires more collective global cooperation.

Fortunately, this year we are not starting from scratch. Through international cooperation, we have made significant achievements, on which we should continue to build.

At the same time, mankind is collectively facing major challenges.

All these challenges risk creating a backlash against multilateralism and weakening international fora, at a time when the world needs collaborative solutions the most.

The Group of 20’s initial focus was on addressing the global financial crisis and placing the world on the path to recovery. With time, the G20 developed a broader agenda, addressing socio-economic issues such as monitoring the global risks, fostering reforms to lift economic growth, promoting financial inclusion, preserving environment, and tackling emerging issues, such as debt in low-income countries.

There is a growing awareness that to achieve the overarching G20 goal of “strong, sustainable, balanced and inclusive growth” requires raising our collective ambitions and strengthening actions. Not only do we need to maintain the momentum of international cooperation, but also to add a fresh and powerful impetus to it. The G20 has a unique occasion to fulfill this: it sets global agendas and global norms; it brings together political leaders, experts, and civil society representatives. It has economic and political clout at the global and national level. The vision of the Kingdom of Saudi Arabia as it takes over the Presidency of the G20 in 2020 is to provide a new impetus to global cooperation around the unifying theme of “Realizing Opportunities of the 21st Century for All”.

While G20 countries have different national priorities, social conditions, and economic circumstances; all countries share a strategic interest in seizing the opportunities and tackling the challenges of the 21st century to protect the global commons and improve prospects for all, especially women and youth.

This theme has a special resonance in the Kingdom of Saudi Arabia as it stands at the crossroads of three continents. The Kingdom has one of the youngest populations among G20 countries and is undertaking a major social and economic transformation under the Saudi Vision 2030, which is aligned with the G20 objectives. This means that the G20 agenda has a strong echo in the daily lives of the people in the Kingdom.

We envision achieving the Saudi Presidency’s overarching theme of “Realizing Opportunities of the 21st Century for All” through three aims:

The first aim is “Empowering People” by unleashing opportunities for all. We in the G20 have a collective responsibility to our people to ensure that everyone benefits from economic growth and innovation. The G20 will focus on policies that promote more equality of opportunity for all, and especially for women and youth.

This includes efforts to create high quality jobs and adapt to the changing patterns of work resulting from technological progress while ensuring social protection remains adaptable to these changes. The Saudi Presidency will focus on the employment challenges facing youth, especially youth at risk of not being in employment, education, or training (NEET), as well as those facing women of all ages. For the latter, the Saudi Presidency is strongly committed to keeping up the momentum built under previous G20 presidencies. We are planning on making further progress toward empowering women and girls through a cross-lens approach to the G20 workstreams; and promoting gender equality through launching the Empowerment and Progression of Women’s Economic Representation (EMPOWER) initiative, along with our partners Canada, Japan and Italy.

Empowering People also requires scaling up efforts for sustainable development. Following up on the G20 commitment to the timely implementation of the 2030 Agenda for Sustainable Development reaffirmed at the Osaka Summit, the Saudi Presidency will focus on accelerating the implementation of this agenda and facilitating employment growth. The G20 will address ensuring finance for sustainable development, expediting the flow of goods and services, reducing inequalities between the very poor and the very rich and improving communication between people.

Last but not least, trade and investment are key drivers of growth, innovation, and job creation. During 2020, G20 members will be encouraged to strengthen their efforts to promote cross-border trade and investment flows and engage in constructive dialogue on current international trade developments. In this regard, the necessary reforms to improve the WTO’s functions should also take into account the developmental dimension.

The second aim is “Safeguarding the Planet” by fostering collective efforts to protect our commons. Climate change is one of the most pressing challenges of the 21st century. The Saudi Presidency will seek to advance efforts for managing emissions and for improving synergies between adaptation and mitigation actions, including nature-based solutions, such as combating land degradation and habitat loss, and protecting marine resources.

Access to cleaner, more sustainable and affordable energy is fundamental not only for mitigating climate change but also for reducing poverty and promoting growth. Under the Saudi Presidency, the G20 will discuss the concept of a circular carbon economy, in which emissions are to be not only reduced but also reused, recycled, or removed altogether. The group will also discuss options to use a variety of energy solutions and technologies to promote cleaner and more sustainable energy systems and affordable energy access.

Water stress is one of the greatest challenges of the 21st century, aggravated by population growth, urbanization, and an aging water infrastructure. Saudi Arabia is in one of the regions of the world where water stress is particularly acute. A priority for the Saudi Presidency is to foster global cooperation on water management and try to tackle policy, financing, and innovation challenges to ensure water security for all.

The third aim of the Saudi Presidency is “Shaping New Frontiers” by adopting long-term, bold strategies to utilize and share the benefits of innovation.

“All countries share a strategic interest in seizing the opportunities and tackling the challenges of the 21st century.”

Advances in digital technology are transforming the global economy and impacting people, markets, and governments. Despite the benefits of these advances, they challenge labor markets, business models, as well as economic, social and political institutions. Business models in the financial industry are challenged by rapid innovation in financial services and informatics, including the entry of big technology firms. The G20 will continue to address these challenges in 2020, exploring their implications for future labor skills and income inequalities; striving for a global consensus to address the tax challenges arising from digitalization. We will be working toward a regulatory framework – in finance and elsewhere – that can facilitate a level-playing field between incumbents and new entrants. The group will also address concerns about data protection and manage potential cyber risks to financial and economic stability.

With rapid urbanization, cities are caught between rising populations and aging infrastructure. New technologies can help accommodate the expanding urban population while providing mobility solutions accessible to all. The Saudi Presidency will lead the exploration of practical solutions, notably for smart urban mobility, based on better infrastructure, good practices and the sharing of experiences

The Saudi Presidency’s approach, both in developing our Presidency Agenda and in pursuing its implementation during 2020, is consistent with the Kingdom’s aspiration to provide a fresh and powerful impetus to global cooperation.

The Saudi Presidency Agenda was deliberately developed in the most inclusive and comprehensive way possible. We adopted an open approach, had multiple outreach events to consult with domestic, regional, and international partners, and built on previous G20 work.

In pursuing the three aims of the 2020 G20 agenda, by leading the G20 international dialogue, we will continue to strive for the broadest consensus. In this respect, Saudi Arabia will host over 120 meetings and conferences, including meetings between officials and relevant partners from civil society, businesses, and think tanks.

To further ensure an inclusive process, the Saudi G20 Presidency has invited some non-G20 countries and regional organizations, with strong representation from the developing world. With the participation of the invited countries, the G20 this year will represent over 90 percent of the world GDP and more than two-thirds of the world population. The major international and regional organizations were also invited to bring their knowledge and expertise to the discussion.

Finally, we are paying special attention to civil society, which is more vibrant and influential than ever. This year, eight engagement groups will participate in the G20 process: Business 20, Youth 20, Labour 20, Think 20, Civil 20, Women 20, Science 20, and Urban 20. They all have their own meetings and will also participate in many G20 meetings to provide input to the discussions and deliberations from their perspectives.

Multilateralism is not an end in itself but a means to an end. It is the best way to leverage the opportunities created by our achievements so far and ensure that their benefits are spread to all. This is the only way to address the global challenges we are facing. G20 leaders were convened in the aftermath of the global financial crisis to mitigate its impact and remedy its causes because these tasks required broad cooperation and strong political drive. It is the same today: the global challenges and opportunities facing us require the broadest possible cooperation, consensus and commitment. The G20 is the best platform for realizing opportunities of the 21st century for all. 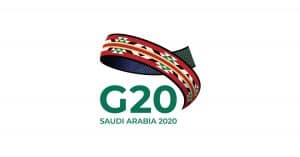 The Group of Twenty, or the G20, is the premier forum for international economic cooperation. The G20 brings together the leaders of both developed and developing countries from every continent. Collectively, G20 members represent around 80% of the world’s economic output, two-thirds of global population and three-quarters of international trade. Throughout the year, representatives from G20 countries gather to discuss financial and socioeconomic issues.